Conservative MP for Crawley Henry Smith has spoken in Parliament to challenge Home Secretary Priti Patel to reform citizenship law to stop young Chagossians facing excessive immigration costs and even deportation from the UK. Mr Smith was speaking after a statement on the 'Windrush' report. In the previous Parliament, Mr Smith proposed a Private Members Bill which would have given a path to British citizenship for all descendants of people born on the Chagos Islands. The bill
0 comments

Chagosssians have this week been making their case in the UK Court of Appeal, appealing a High Court dismissal of a prior claim that the 2016 government decision to reject their right to return to their homeland was a breach of their human rights. Solange Hoareau, a Chagossian born on the islands exiled to the Seychelles, and Olivier Bancoult, born on Peros Banhos, exiled to Mauritius and now leader of Chagos Refugees Group, have jointly brought this case. Lawyers representin
0 comments

A recent report in national UK newspaper The Guardian confirms that the £40m Support Package promised to Chagossians in 2016 has yet to assist almost any Chagossians. The £40m Support Package was promised in 2016, when the UK government announced that they would not support Chagossian resettlement of their homeland, following a four year policy review. In her piece for The Guardian, Kate McQue speaks to a number of Chagossians in serious financial difficulty who have been una
0 comments
David Snoxell

During the latest meeting of the Chagos Islands All-Party Parliamentary group several new members were welcomed and as ever political and legal developments relevant to the islands and their people were discussed by all present. Thanks to Coordinator David Snoxell for the below summary. The Chagos Islands (BIOT) All-party Parliamentary Group held its 77th meeting on 4 March. New members Lord McConnell (a former First Minister of Scotland), Baroness Lister, Lord Judd (former F
0 comments
David Snoxell

The Chagos Islands All-Party Parliamentary Group has reformed for the next Parliament. Below the latest appointments are listed and a summary of their first meeting is provided. Thanks to David Snoxell, who continues as the group's voluntary coordinator, for the below summary. The Chagos Islands (BIOT) All-party Parliamentary Group held its 76th meeting and first meeting of the new Parliament on 29 January. The following officers were re-elected: Hon President, Jeremy Corbyn
0 comments

The Chagos Islands National Football has successfully qualified for the CONIFA World Cup, to be held next year in North Macedonia. The tournament will be begin on 30th May. The CONIFA World Cup gives nations not recognised by football's official world governing body - FIFA - the chance to compete. The Chagos Islands National Football team has taken part in the previous two tournaments, raising significant awareness of not only the team but wider Chagossian history and the inj
0 comments

Chagossian Tambour Sega music has been recognised by UNESCO (United Nations Educational, Scientific and Cultural Organization) on their list of Intangible Cultural Heritage. In the announcement, UNESCO also classify Chagossian Sega as "In Urgent Need of Safeguarding." Recognising traditional Chagossian Segas related directly to the islands from which they are now exiled and that the passing away of community elders with expertise are threats to traditional Chagossian segas fu
1 comment

This Sunday the Chagos International Football Team will be playing a high profile game against Supporting Charities Football Club. Supporting Charities Football Club play to games to help raise awareness of and support for a variety of causes. The game is being played at Hyde United's Ewen Fields ground and tickets can be bought on the night for £5 (free for kids). Gates will be open from 4:30PM. The Chagos International Football have played a range of games over the past few
0 comments

Six months ago today the UN General Assembly voted that the Chagos Islands should be ceded by the UK to Mauritius. They also indicated that the UN would work with all parties to develop a programme to support Chagossians waiting to return. The UN General Assembly motion, passed by a majority of 116-6, followed an International Court of Justice verdict which found the creation of the British Indian Ocean Territory (the official name for the Chagos Islands) to have been illegit
0 comments

On Friday the 22 November, Chagossians will take to the streets outside the British High Commission in Port Louis, Mauritius. The protest, organised by Chagos Refugees Group, will demand Chagossians right to return to their homeland and call for the UK government to comply with the UN General Assembly vote 6 months ago, which called for the UK to cede control of the Chagos Islands to Mauritius. The UN General Assembly vote, carried by 116 votes to 5, set a deadline of six mon
0 comments

On the final day before Parliament was dissolved, the UK government has released a new statement on the future of the Chagos Islands. The full statement can be read here. In May, the UN General Assembly voted overwhelmingly that the UK should cede control of the Chagos Islands to Mauritius within six months. This came after an International Court of Justice (ICJ) verdict which judged UK sovereignty of the islands was not legally established by international law, due to the ma
0 comments 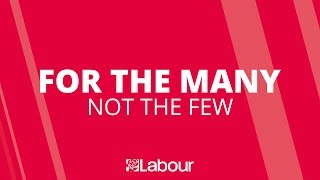 Olivier Bancoult, leader of Chagos Refugees Group, has addressed the Labour Party Conference to speak about the Chagossian community's aspirations to return to their homeland. In his speech, which you can see here on Youtube, Mr Bancoult praises the years of support Mr Corbyn has provided for the Chagossian community and notes the wide support for Chagossian return among other UK political parties, and numerous governments across the world. The Labour Party included restorati
0 comments
Stefan

Three MPs, all members of the Chagos Islands All-Party Parliamentary Group (APPG), have completed a UK government supported trip to the Chagos Islands. MPs Catherine West, Daniel Kawczynski and the group's Chairperson Andrew Rosindell joined the four-day trip, which was reportedly organised at late notice.They visited Diego Garcia and other formerly populated islands including Peros Banhos. Catherine West, a long-term supporter of the Chagossian cause who formerly served as a
0 comments

Pope speaks up on Chagos dispute

Pope Francis has intervened on the dispute over the future of the Chagos Islands, speaking after a papal trip to Mauritius. Chagossians were involved in a papal mass in Mauritius, at the request of the Vatican following discussions with Chagos Refugees Group leader Olivier Bancoult. In remarks that are being widely interpreted as urging the United Kingdom to cede control of the Chagos Islands to Mauritius, the Pope stated that: “It’s true that not always things that seem ‘jus
0 comments

The UK's new Prime Minister Boris Johnson has now appointed a full set of Ministers, with many new faces taking up responsibilities directly related to the future of the Chagos Islands and the Chagossian people. The Prime Minister, Boris Johnson: Having served as Foreign Secretary for two years between July 2016 and July 2018, Mr Johnson has already had some experience dealing with issues around the Chagos Islands and the Chagossian people. As Foreign Secretary, he was respon
0 comments
Mercy Hadfield

The Court of Appeal of England and Wales has approved an application to appeal a High Court decision denying a Judicial Review of a controversial ministerial statement which continues to stymie Chagossian hopes of returning home. A government decision in November 2016 rejected supporting a resettlement programe of the displaced Chagossians. An application by displaced Chagossians’ for a Judicial Review of this decision was rejected by the Queen’s Bench Division of the High Co
0 comments
David Snoxell

The below summary is as ever provided by Chagos Islands All-Party Parliamentary Group coordinator David Snoxell. A statement issued by the group after the meeting can be found here. The Group considered PQs and interventions since the last meeting on 22 May and the Westminster Hall debate on 3 July entitled "Chagos Islands: UN General Assembly Resolution" which had been obtained by the Vice Chairman Patrick Grady. Members were concerned by the quality of Answers and repetitio
0 comments