'Another Paradise,' a film which follows the Chagossian community in the UK, through their struggle in exile, has it's premiere this evening in Sheffield as part of the Sheffield Docfest. The film will also be shown on Monday 10 June as part of the festival - full details on the festival's website. Largely filmed in 2016, the film follows pivotal events in the recent past of the Chagossian community. The government's 2016 refusal to permit Chagossian return after a lengthy po
0 comments 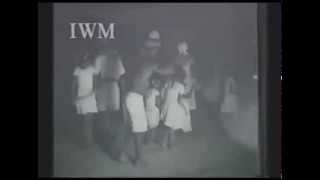 We have received some sad news to begin the New Year, with the passing of one of the staunchest, long-term supporters of the Chagossian people, John Loader. Mr Loader, a World War 2 veteran, died recently at the age of 97. He has supported the exiled Chagossians ever since he heard of the setting up of the UK Chagos Support Association. During the Second World War, he was stationed on Diego Garcia in order to re-fuel and service Sunderland aircraft, where he made a short film
0 comments

Today at 10 Downing Street hundreds of Chagossians protested against the UK government's refusal to allow them to return to their homeland. Handing in a letter demanding their right to return and support in exile, they were joined by prominent Conservative MP Andrew Rosindell, who chairs a large cross-party which has supported the Islanders cause for many years. Last month the UK government concluded a three-year policy review by declining to support or permit Chagossian to
0 comments 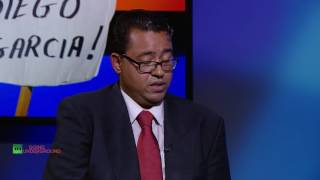 Allen Vincatassin, a Chagossian community leader elected President-in-exile in 2011, has spoken with 24 hour news channel RT about the community's ongoing struggle to win return to their homeland. He encourages British citizens to lobby their MPs to tell them its time to back a Chagossian return programme. Speaking on the current affairs programme Going Underground, Mr Vincatassin explained the history of how Chagossians came to be exiled and his hopes that, with UK governmen
0 comments
John Howell

In the latest in our Guest Blog series, John Howell, former director of the Overseas Development Institute, looks back at the Returning Home report on resettlement of the Chagos Islands he worked on. His report explored how the Outer Islands (that is, not including Diego Garcia) could be resettled. Looking at the situation in 2016, now the UK government has admitted return is "practically feasible" based on a KPMG report, he reassesses what he learned producing his rpeort and
0 comments
Stefan

As the UK government near a decision on whether to support a Chagossian return programme, the future of the US military facility on Diego Garcia, the largest Chagos Island, is also due to be decided at the end of this year. In the past government ministers have expressed "concern" about the possibility of a returned population living alongside the US military base. This, however, has been directly contradicted by ex-Assistant Secretary of State of Defense, Lawrence Korb. Mr K
0 comments
David Snoxell

Thanks to voluntary Chagos Islands All-Party Parliamentary Group Coordinator David Snoxell for the below summary. Please remember to write to your MP and ask them to sign the Motion calling for Chagossians to be given the right to return to your homeland. The Chagos Islands (BIOT) All-Party Parliamentary Group held its 8th AGM and 55th meeting on 8 June. The following officers were re-elected: Hon President, Jeremy Corbyn MP; Chairman, Andrew Rosindell MP; Vice Chairs: Barone
0 comments
Anna Ellis

In December last year, photographer and travel writer Diane Selkirk published a piece for BBC Travel (full article not available in the UK) about her visit to the Indian Ocean’s Saloman Atoll, one of seven Atolls located within the north eastern part of the Chagos Archipelago. She describes her rare experience, “Salomon Atoll is the kind of fabled stop that travellers sail halfway around the world to reach”. Selkirk explores the Ile Takamaka. “My walk around...was already wil
0 comments

Get the definitive book on Chagossian exile & support our work

Island of Shame is the most comprehensive history of the Chagossian people's exile and subsequent fight for justice. Written by US academic David Vine, the powerful piece summarises several decades of UK and US intrigue against the Chagossian people and their simple desire to live in their homeland. Donate £20 and we'll send you a copy! The history of the Chagos Islands can at times seem overwhelmingly complex and obscure, but Professor Vine bring to life with great clarity a
0 comments
Rhianna Louise and Stefan Donnelly

On 23rd February 2016, Henry Smith MP, the Vice Chair of the Chagos Islands All-Party Parliamentary Group (APPG) and the Conservative MP for Crawley, raised the right of return of the Chagos islanders as a ‘Topical Question’ in the House of Commons. He queried: ‘With the United States wishing to continue its military presence on Diego Garcia for a further 20 years, what discussions is the Foreign and Commonwealth Office planning to have with Washington about helping to faci
0 comments
The Chagos Islands All-Party Parliamentary Group

Following their meeting on the 10th February, the Chagos Islands All-Party Parliamentary Group released the following statement. It urges the UK and US Governments to finally support Chagossians long campaign on return to their homeland. It adds that any extension of the current UK-US deal on the military use of Diego Garcia must be conditional on both nations support for Chagossian resettlement. The All-Party Parliamentary Group, Chaired by Andrew Rosindell MP and of which L
0 comments

This weekend the Chagossian community held a low key ceremoney of remeberance in 'Chagos Day,' timed to conincide with the UK-US agreement to create the British Indian Ocean Territory (BIOT). An infamous condition of the agreement was the forced removal of the native Chagossian people. In a letter to The Times, members of the promenient Chagos Islands All-Party Parliamentary Group wrote to mark the occasion. They highlight the "unique opportunity" next year to "dispose of the
0 comments

Leading figures of the Chagossian fight for justice have given their reaction to UK Government consultation papers on Chagossian return. Allen Vincatassin reacted quickly the publishing of the document, releasing a statement encouraging Chagossians to respond to the questionaire attached to the consultation document. In the statement Mr Vincatassin explains he has been in touch with the team who put the document together and will continue consulting with them. Oliver Bancoult
0 comments

Having admitted that Chagossian resettlement of their homeland is "practically feasible" following an independent resettlement report earlier this year, the Government has opened a consultation on return options with the Chagossian people. Consultation documents include a short "Review of Review of Resettlement Options" report which offers some insight into the Government's current position on delivering the right to return to the Chagossian people. The document appears to in
0 comments