UK accused of crimes against humanity

This follows a sequence of events which have ruled against the UK government position on the islands in 2019. First starting back in February when the International Court of Justice ruled that the UK decolonisation process of the Chagos islands was unlawful by a margin of 13-1. Furthermore the United Nations passed a resolution in May by an overwhelming margin of 116-6 demanding the UK return control of the islands back to Mauritius within six months. Mauritius has stated thr
0 comments
David Snoxell

The below summary is as ever provided by Chagos Islands All-Party Parliamentary Group coordinator David Snoxell. A statement issued by the group after the meeting can be found here. The Group considered PQs and interventions since the last meeting on 22 May and the Westminster Hall debate on 3 July entitled "Chagos Islands: UN General Assembly Resolution" which had been obtained by the Vice Chairman Patrick Grady. Members were concerned by the quality of Answers and repetitio
0 comments

In a non-binding vote, the UN General Assembly today voted by an overwhelming 116-6 margin to call for an end to UK administration of the Chagos Islands. The motion was supported by Mauritius' government, who have claimed to have rightful sovereignty over the islands. The vote comes several months after the UK was similarly instructed by the International Court of Justice (ICJ) to end it's control of the Chagos Islands, which remain a British Overseas Territory, as soon as po
0 comments

UN to vote on Chagos case on Wednesday

On Wednesday the United Nations General Assembly (UNGA) will vote on a resolution which states that the UK must abandon the administration of the Chagos Islands as rapidly as possible. The vote comes after the judgement of the International Court of Justice (ICJ) in February, which concluded the creation of the British Indian Ocean Territory (the formal UK government name for the Chagos Islands) was illegal, as it involved the UK government detaching the islands from Mauritiu
0 comments

On 25 February the International Court of Justice (ICJ) instructed the UK to "end it's administration" of the Chagos Islands (known by the UK government as the British Indian Ocean Territory) "as rapidly as possible." The judgement is advisory and not legally binding, although judgements from the ICJ are widely considered to carry significant weight. Speaking in the House of Lords today (26 February), UK government Minister Baroness Goldie emphasised that the judgement was "a
0 comments
Stefan

International Court of Justice (ICJ) to give Chagos verdict 25 February

The International Court of Justice (ICJ) has confirmed it will deliver its verdict on a case brought by Mauritius against the United Kingdom concerning the Chagos Islands on Monday 25 February. The fact that court has decided to issue a judgement is significant in itself, as UK representatives had urged the court not to do so. They had argued that the court was in "no position" to deliver a verdict, as the matter was a bi-lateral dispute between Mauritius and the UK. The gove
0 comments 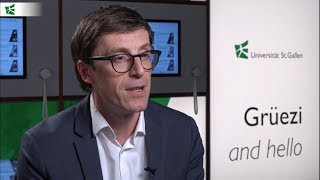 St Gallen University recently hosted a workshop on the key points of this year's International Court of Justice (ICJ) case on the Chagos Islands. A range of legal academics, political activists and commentators summarise their discussions in the below short video. #Chagos #Chagossian #InternationalCourtofJustice #Legal
0 comments
Robin Sooklall

After four days of public hearings, beginning on 3 rd September at The International Court of Justice (ICJ), in The Hague, the judges are currently deliberating the case of Mauritius’s dispute with the UK over sovereignty of the Chagos islands. The Court heard testimonies from representatives of 22 countries, plus those from the African Union, arguing the legality of the colonial-era deal and the rights of the displaced Chagos Islanders to resettle. The ICJ’s judgement is adv
0 comments 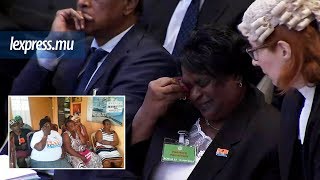 On 3rd September native-born Chagossian Liseby Elyse spoke via video link in the International Court of Justice (ICJ) dispute on the sovereignty of the Chagos Islands. Madame Elysé 's speech was shown as part of the Mauritian delegation's presentation to the ICJ. Her words are translated in full below from the ICJ's transcript and her original speech can be viewed in the video below. Full transcripts of all presentations are available on the ICJ's website. My name is Liseby E
0 comments

On the 3rd September the International Court of Justice (ICJ) will hear what is officially "a request for an advisory opinion" from on the "legal Consequences of the Separation of the Chagos Archipelago from Mauritius in 1965." The case comes to the ICJ after a United Nations General Assembly vote last year referred the dispute between Mauritius and the UK to the Court. The case was brought to the UN by Mauritius, as part of an ongoing sovereignty dispute with the UK over the
0 comments
David Snoxell

The government of the Seychelles have backed the Mauritian challenge to the UK’s claim over the Chagos Islands in an official submission to the International Court of Jusitce (ICJ). Late last year Mauritius were successful in convincing a majority of nations in the United Nations General Assembly to pass a motion referring the UK to the International Court of Justice (ICJ), in relation to it's treatment of the Chagos Islands at the time of Mauritian independence. Mauritius al
0 comments
{"items":["5f3ed7c6a92d5b00174601fc","5f3ed7c528e6db0017ca5c70","5f3ed7c563fc23001734cbc2","5f3ed7c59947630017fe775b","5f3ed7c5d7a4ad0018f7669b","5f3ed7c52006880017eef007","5f3ed7c524f177002df63f66","5f3ed7c40d605300184d6382","5f3ed7c4b1c98a00173952f9","5f3ed7c44ab78a0017637318","5f3ed7c44d85820017187e9e","5f3ed7c3ae4dda0017b64b14"],"styles":{"galleryType":"Columns","groupSize":1,"showArrows":true,"cubeImages":true,"cubeType":"fill","cubeRatio":1.3333333333333333,"isVertical":true,"gallerySize":30,"collageAmount":0,"collageDensity":0,"groupTypes":"1","oneRow":false,"imageMargin":32,"galleryMargin":0,"scatter":0,"rotatingScatter":"","chooseBestGroup":true,"smartCrop":false,"hasThumbnails":false,"enableScroll":true,"isGrid":true,"isSlider":false,"isColumns":false,"isSlideshow":false,"cropOnlyFill":false,"fixedColumns":1,"enableInfiniteScroll":true,"isRTL":false,"minItemSize":50,"rotatingGroupTypes":"","rotatingCropRatios":"","columnWidths":"","gallerySliderImageRatio":1.7777777777777777,"numberOfImagesPerRow":1,"numberOfImagesPerCol":1,"groupsPerStrip":0,"borderRadius":0,"boxShadow":0,"gridStyle":1,"mobilePanorama":false,"placeGroupsLtr":true,"viewMode":"preview","thumbnailSpacings":4,"galleryThumbnailsAlignment":"bottom","isMasonry":false,"isAutoSlideshow":false,"slideshowLoop":false,"autoSlideshowInterval":4,"bottomInfoHeight":0,"titlePlacement":"SHOW_ON_THE_RIGHT","galleryTextAlign":"center","scrollSnap":false,"itemClick":"nothing","fullscreen":true,"videoPlay":"hover","scrollAnimation":"NO_EFFECT","slideAnimation":"SCROLL","scrollDirection":0,"scrollDuration":400,"overlayAnimation":"FADE_IN","arrowsPosition":0,"arrowsSize":23,"watermarkOpacity":40,"watermarkSize":40,"useWatermark":true,"watermarkDock":{"top":"auto","left":"auto","right":0,"bottom":0,"transform":"translate3d(0,0,0)"},"loadMoreAmount":"all","defaultShowInfoExpand":1,"allowLinkExpand":true,"expandInfoPosition":0,"allowFullscreenExpand":true,"fullscreenLoop":false,"galleryAlignExpand":"left","addToCartBorderWidth":1,"addToCartButtonText":"","slideshowInfoSize":200,"playButtonForAutoSlideShow":false,"allowSlideshowCounter":false,"hoveringBehaviour":"NEVER_SHOW","thumbnailSize":120,"magicLayoutSeed":1,"imageHoverAnimation":"NO_EFFECT","imagePlacementAnimation":"NO_EFFECT","calculateTextBoxWidthMode":"PERCENT","textBoxHeight":0,"textBoxWidth":200,"textBoxWidthPercent":50,"textImageSpace":10,"textBoxBorderRadius":0,"textBoxBorderWidth":0,"loadMoreButtonText":"","loadMoreButtonBorderWidth":1,"loadMoreButtonBorderRadius":0,"imageInfoType":"ATTACHED_BACKGROUND","itemBorderWidth":1,"itemBorderRadius":0,"itemEnableShadow":false,"itemShadowBlur":20,"itemShadowDirection":135,"itemShadowSize":10,"imageLoadingMode":"BLUR","expandAnimation":"NO_EFFECT","imageQuality":90,"usmToggle":false,"usm_a":0,"usm_r":0,"usm_t":0,"videoSound":false,"videoSpeed":"1","videoLoop":true,"jsonStyleParams":"","gallerySizeType":"px","gallerySizePx":940,"allowTitle":true,"allowContextMenu":true,"textsHorizontalPadding":-30,"itemBorderColor":{"themeName":"color_12","value":"rgba(68,63,63,1)"},"showVideoPlayButton":true,"galleryLayout":2,"targetItemSize":940,"selectedLayout":"2|bottom|1|fill|true|0|true","layoutsVersion":2,"selectedLayoutV2":2,"isSlideshowFont":false,"externalInfoHeight":0,"externalInfoWidth":0.5},"container":{"width":940,"galleryWidth":972,"galleryHeight":0,"scrollBase":0,"height":null}}